Drug abuse in Nigeria has ever since its emergence, remained a global concern as more cases are arising daily. It is no longer news that Nigeria has been ranking high in the number of countries with recorded drug abuse.

This drug abuse does not just end with substance abuse or use of illicit drugs, it goes beyond that to capture both the daily habitual abuses and misuse; antibiotics and analgesic drugs are also not an exception.

An estimated 14.3 million Nigerians use drugs without a prescription, and those who do so tend to be between the ages of 15 and 64. This information was compiled based on data from the WHO.

The phrase “drug abuse,” also referred to as “substance abuse,” is used to describe the frequent and unrestrained use of hard/illegal drugs. It may also be viewed as the inappropriate or overuse of a drug.

These substances include, amongst many others, marijuana, tramadol, heroin, morphine, and cough syrups. Most people use these drugs primarily to change their mood or needlessly affect a physiological function, which may then result in some negative side effects. Nigerian drug abuse can be stopped!

How To Stop Drug Abuse in Nigeria

Stopping drug abuse in Nigeria is something that requires a collective effort and not just something that should be left to one person or one group. Most people are victims of drug abuse by accident, some by ignorance and for some, it is to feel belonged.

The Psychiatric hospitals in Nigeria are filled with promising youths that have been incapacitated because of drug abuse, and this invariably reduces productivity. Below are ways of stopping drug abuse in our dear country, Nigeria:

All The Health Care Team

The exposure therapy done by psychiatric doctors is a good example; giving the individual some of these drugs to keep for some days before being discharged from the hospital.

The fight against drug addiction in Nigeria can never be successful if the process is not born of the family. This is because parents, in one way or another, have a direct influence on their children.

If you do not educate or enlighten your children about certain issues, including drug addiction, their friends may misguide them at school, on the street, or even may come into contact with it while surfing the Internet.

When every family does what is expected of them, society will be devoid of drug abuse. Pragmatic ways that parents can stop drug abuse in Nigeria:

They should talk to their children and educate them about drug abuse, its consequences and side effects. Avoid exposing their children to programs, videos, and publications that promote drug addiction.

Show their children programs, videos, and publications that preach against drug abuse entities. The need to stay off abusive drugs and how to prevent being addicted to analgesics (even among the sickle cell sufferers that abuse pentazocine)

Individuals play a key role in stopping or reducing drug addiction in Nigeria. Everything starts and ends with them. It is a conscious decision to do the right thing and avoid the ugly.

You should always talk to people who can help you get rid of your addiction to drugs and other addicts, learn about the side effects of drugs (look at the present and long-term), and learn to deal with stress. from living instead of working too hard substances, working with the right people, and not giving in to peer pressure.

The government must be fully involved

To prevent drug abuse in Nigeria, the government should play a key role in the departments it expects, as outlined below:

NDLEA is among the major regulatory agencies, and the sole aim of establishing it is to oversee the elimination of the growing, processing, manufacturing, selling, exporting, and trafficking of hard drugs in the nation.

Encompassed below are the part that NDLEA has to play in stopping drug abuse in Nigeria: They should employ only the people that are willing to do the work of the agency, specifically the adequately trained, experienced, and dynamic individuals that can think outside the box.

They should work on investing more in technological devices that make it easier to detect hard drug traffickers and consumers to make their efforts futile; Liaise with the government and other concerned authorities to add subjects/courses campaigning against the use of hard drugs to the academic curriculum, ranging from the primary to secondary and tertiary institutions; Launch and maintain public enlightenment campaign using the major media obtainable in this age.

The Pharmacist and pharmaceutical industry

The pharmaceutical industry and pharmacists also play an important role in preventing or ending drug addiction in Nigeria.

This includes everyone in the industry, including manufacturers, importers, distributors, and retailers. In general, they should be very careful when dealing with sensitive drugs that are abused by young people. The license should not be used as a means of amassing illicit wealth through drugs and the like.

They must also ensure that erring members are properly prosecuted. Limited access to over-the-counter medications can stop drug abuse.

National Agency for Food and Drug Administration and Control (NAFDAC)

NAFDAC was established in January 1993, and it operates under the Federal Ministry of Health with the sole objective of regulating and controlling the importation, exportation, manufacturing, advertisement, distribution, sale and use of drugs.

Establish and maintain an alliance with other strategic agencies, including Nigeria Custom Services, Pharmacists Council of Nigeria, NDLEA, NIPRD, PSN, AFBTE, CPC, SON, PPMDA, and the likes; Ensure that every controlled medicine is duly registered.

These groups also play an important role in curbing drug abuse in Nigeria, especially given their direct influence on the people under them. They must educate and educate their members and followers about the negative effects of drug addict n on society and those involved in it. Be ready and w ling to help the unemployed among them get back on their feet and avoid addiction.

They should also try to ensure that each family under their leadership remains intact. In addition, religious communities/groups can help prevent drug dependence by establishing teams in the country, which oversee the early detection and control of addiction and drug abuse. You can also assemble a group of counselors and advisors to counsel people caught or suspected of drug addiction.

Exist in almost all communities in Nigeria and such they can be of immense help in eradicating drug addiction in Nigeria. These groups should regularly organize programs that provide information and education about drug addiction and its ugly side.

They can also invite people from the relevant bodies to give lectures on this topic so that their members fully understand this issue and avoid it altogether. They should be willing to help their unemployed colleagues in their midst to avoid frustrations that can lead to drug addiction.

NGOs in Nigeria like the Christ Mission Against Drug Abuse (CADAM), and the African Council on Narcotic Drugs (ACON) have done some good work.

Some other NGOs can also come forward and help in organizing campaigns and mass mobilization while supporting rehabilitation centers in the country.

These NGOs can also provide effective counseling services for youth on drug-related issues. This will go a long way in wiping out drug abuse and addiction in Nigeria.

Outcomes of Drug Abuse in Nigeria

The effects of drug abuse can never be overrated as it has caused many problems not only in families but also in the country as well as in the international community, diverse health, economic and social consequences that go beyond the individual in question.

The issue of drug abuse in Nigeria is an issue of global concern and needs all hands to be on the desk before it can be stopped.

Stopping drug abuse in Nigeria needs the inclusive approach of the abuser, the healthcare practitioners, the family, the governments, the youth organizations, nongovernmental organizations, the drug agencies like the NDLEA, NAFDAC, PCN, and others, the churches, mosques, and other groups of the society. 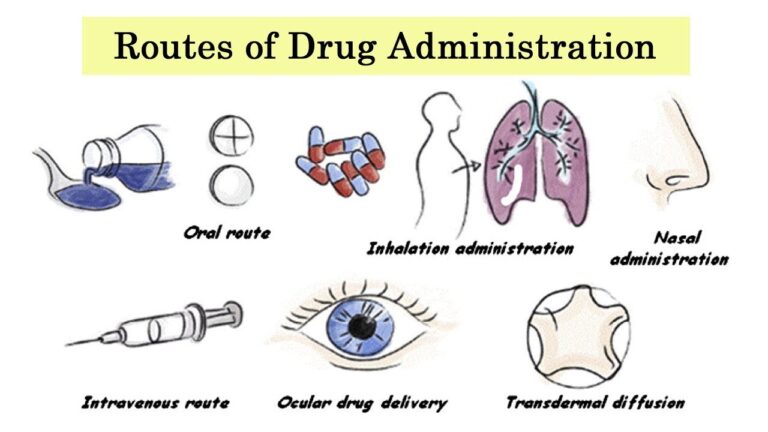