Does Sudocrem lighten skin? Sudocrem is a skincare product that is mostly utilized for dealing with rashes in babies. The cream is made of benzyl alcohol, lanolin, excipients, benzyl benzoate, benzyl cinnamate, and zinc oxide.

The zinc oxide in Sudocrem is the most effective of all the ingredients of Sudocrem which gives it a protective and soothing effect. It also has an antimicrobial, pain-relieving, antifungal, and water-repelling effect.

Sudocrem enhances the effect of lightning cream on the body. As it is known to contain zinc oxide which helps to remove spots from the skin.

Sudocrem is a glamorous and medicated cream that has been proven to cure different kinds of skin ailments such as eczema, pimples, rashes, acne, sunburn, chilblains, grazes, minor burns, and cuts. let’s take a glimpse at the various benefits of Sudocrem.

Below are the benefits that can be derived from using Sudocrem.

The effect of zinc oxide and benzyl alcohol is similar to that of antibiotics such as tetracycline and erythromycin. Naturally, zinc helps to defend the body against inflammatory skin infections like acne, pimples, and rosacea.

With this type of infection, the skin appears itchy, red, flushed, and irritated. The zinc present in Sudocrem helps to treat acne spots and reduces inflammation. To achieve the desired result it should be applied to the skin before going to bed at night. Also read about Moringa benefits.

One of the commonest benefits of Sudocrem is to remove scars from the skin. But does Sudocrem lighten skin? Although there at no proof to back it up but a lot of people apply it on the skin as it helps to fade some sort of scar.

Zinc oxide in Sudocrem is very effective for reducing very thick scars. The scar usually occurs due to ear piercing, trauma, burns, and surgeries. When Sudocrem is applied topically, it reduces the size of the scar till it completely disappears.

This is a sore that occurs when friction is applied to the skin. It is most common among people who are bedridden because they find it difficult to change position frequently. If care is not taken it can result in a deeper wound.

Sudocrem is an effective cream for preventing and removing sunburn from the skin. The way Sudocrem protects the skin from sunburn is similar to its moisturizing effect.

The analgesic effect of benzyl alcohol alleviates the pain that results from sunburn, zinc promotes the healing of the wound and replaces the tissues just like the other types of burns while lanolin prevents the dryness of the skin by keeping it moisturized.

The combination of all the qualities of the Sudocrem ingredient is what heals the sunburn.

Viral infection has various forms of appearance on the skin. They are usually itchy. An example of a viral infection that affects the skin is the molluscum.

Although the viral infection can resolve on its own the use of Sudocrem tends to hasten the cure of the infection.

There is no evidence to back up the potency of Sudocrem against viral infection but a lot of people have used it to treat the symptoms of molluscum.

All thanks to benzyl alcohol (one of the Sudocrem ingredients) which gives Sudocrem the antiseptic quality to combat infection.

Studies have shown that Sudocrem enhances elastin production in the skin. It maintains the young nature of the skin and smoothens it. Lanolin helps to relax the skin while zinc oxide keeps the skin moisturized.

Even though the major benefit of using Sudocrem is for nappy rash, it is also effective for dry skin. Lanolin( one of the ingredients of Sudocrem) was proven can retain fluid in the skin Studies discovered that lanolin can moisturize the skin by keeping about 25% of water in the skin.

Sudocrem is a medicated cream that is mostly used for treating eczema. It can be used for both children and adults. The antiseptic and inflammatory properties of zinc have made it suitable for relieving eczema symptoms.

Sudocrem also has anti-bacterial properties that help soothes the skin. Mothers who have used Sudocrem for their children can testify to its effectiveness

The antiseptic and anti-inflammatory effects in Sudocrem help to soothe the skin after waxing. The lanolin and zinc help to prevent redness and itching of the skin surface thereby retaining the nature of the skin before waxing.

Although, the skin would resolve back to its normal condition after waxing Sudocrem helps to enhance the impact.

Does Sudocrem lighten skin? Sudocrem is available over the counter in the countries below:

The Side Effects of Sudocrem

Sudocrem contains benzyl alcohol which is likely to irritate sensitive skin. There would be stinging and burning in the area where it is applied. In case your skin is allergic to the cream, stop its usage.

This is most common in babies. Care should be taken when using Sudocrem for nappy rashes as it can result in jaundice.

Does Sudocrem Lighten Skin? Sudocrem does not lighten the skin but has a lot of benefits apart from treating nappy rash, but there is no proof to back it up.

The components that made up Sudocrem have a particular quality that makes them effective in treating other skin conditions. 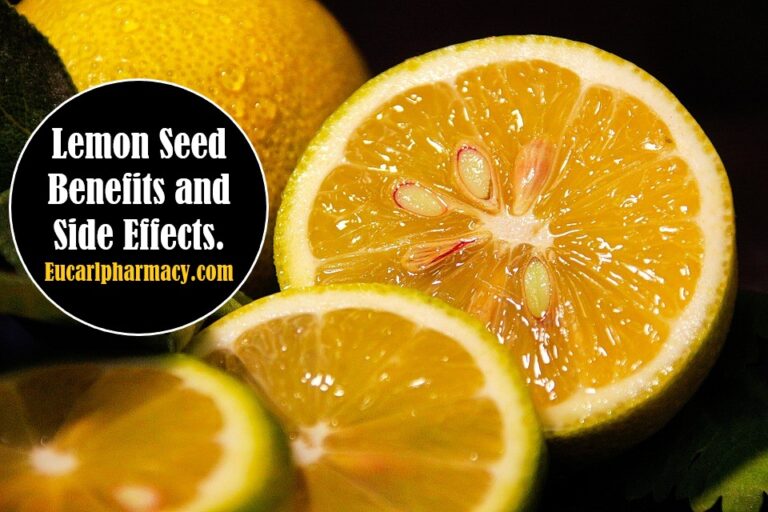 The lemon seed benefits and side effects can only manifest when lemon fruit is consumed. Normally, when we eat fruit, we tend the leave the…

Dates are sugary fruits that are popular in the middle east. They are also grown in Africa and America. There are different varieties of dates…

Most body liquid baths for glowing skin contain antioxidants and anti-aging elements from plant and animal extracts. The best whitening liquid soaps in Nigeria are… Dark knuckles don’t just occur without any cause. It mostly occurs in people with a dark skin complexion especially when inherited. It is not a… The top ten best cream for pimples and dark spots in Nigeria that you should definitely try out for your facials. Don’t be deceived by…