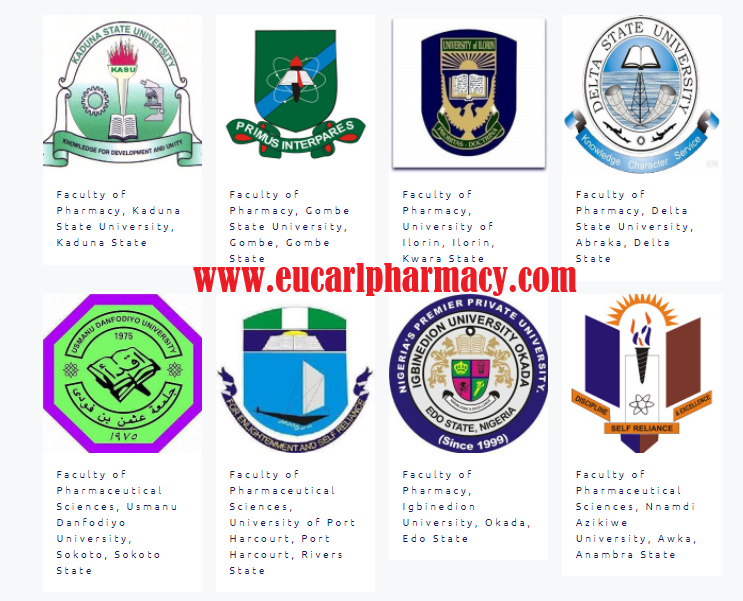 Pharmacy in all sincerity is one of the prestigious and competitive science courses sought after by many who want to further education to the university level because of the opportunities that favour graduates of this course in the labour market. Provided below is a Full List of Universities Offering Pharmacy in Nigeria.

It’s of necessity that every aspiring pharmacist have a base knowledge of the different universities (i advise thorough research be done though) that offer these courses in other to pick the right school because relatively, the school you attend will determine to a great extent how successful you become as a pharmacist in the long run (personal growth aside) because it is the foundation of the career.

This article entails the accredited universities in Nigeria offering this course and some facts about them. Let’s get to it.

First on our list of Universities Offering Pharmacy in Nigeria is UNN, one of the prestigious universities with no doubt to study pharmacy. The university was founded in 1960. The faculty of Pharmaceutical Sciences started in 1967 but didn’t function from 1967 to 1970 due to the Nigerian civil war at that time.

In 1974 it produced its first set of 14 graduates but with time has produced more than 4000 Bachelor of Pharmacy (B. pharm) graduates.

One of the influential pharmacists – Dora Akunyili, was a graduate of this prestigious university.

This is another good university to study pharmacy in Nigeria. The pharmacy department was first established in 1957 from the Nigerian College of Arts, Science and Technology Ibadan branch.

In 1962 University of Ife (Obafemi Awolowo University) was established. The pharmacy department was still maintained and continued awarding a Diploma in Pharmacy degree till June 1965 while concurrently starting the B.pharm programme in September 1973.

In 1968/69 the department was upgraded by the Senate into full faculty status from 1st October 1969.

Influential Pharmacists that graduated from this university includes:

This university is the first university in Nigeria and was established in 1948 as College of London before it was changed in 1962.

The Pharmacy Faculty came on board in 1980/81. It was a part of basic medical sciences and the college of medicine. The department was later split into 1 in 1981/82 then later into 4 in 1982/ ’83. It became accredited in 1983 and has succeeded in graduating a lot of pharmacists in their career profession today.

Read Also:  List of Pharmacy Schools in The United States

UNIJOS is popularly known as one of the top universities in Nigeria. It was established in 1975 and has helped tremendously in the development of education in Nigeria.

Further the faculty was merged with the University of Jos in 1984 but was transferred physically on the University grounds in December 1988 by the government. The faculty graduated its first set of 31 students in May 1990.

It was officially accredited in May 1984 and had its first set of B.pharm graduates in September 1984.

Influential Pharmacist that graduated from this prestigious university includes:

The University of Benin is also known as UNIBEN. The faculty of pharmacy started in 1970 and is the only university in Nigeria at the moment that gives a B.pharm certificate and Pharm.D certificate also. The course lasts for a period of 6 years.

This university was founded in 2000 by the then Executive Governor of Bayelsa State, Late Chief DSP Alamieyeseigha.

The university has two main campuses in Yenegoa and Amassoma. The Amassoma campus consists of The Faculty of Pharmacy and nine other academic Faculties.

This university is known as the Federal Government  Research University in Zaria, Kaduna state of Nigeria. It was founded on October 4th 1962  as the University of Northern Nigeria. Initially, training at the school of pharmacy started around 1947 when the students were trained as dispensers.

In 1961 it was upgraded to chemist and druggist diploma which is recognised by the then Pharmacist Board of Nigeria which is now The Pharmacist Council of Nigeria. Three years Pharmacy degree programmes started in 1968 but the first set of students was admitted in 1970 and graduated in 1973 with BSc degrees in pharmacy.

This university is a Federal Government Research University Which was founded in 1975. It was founded with the purpose of impacting lives with education.

The university birthed the pharmacy faculty in 2002 and has graduated over 300 pharmacists into the pharmacy career bold.

This university is located at Agolowoye, Ogun State, Nigeria. It is owned by the state and was founded on July 7, 1982, as Ogun State University. It was later renamed to its present name on May 29, 2001.

The Faculty of Pharmacy is located on the permanent site at Agolowoye and has succeeded in graduating many Pharmacy students into the career field of Pharmacy.

This university was formerly known as Uniicross which was once a university in Cross River states as a State University, was founded in 1981.

In1st October  1991 it was changed to a Federal University. The pharmacy faculty took off in 1990 and has graduated 11 sets of pharmacies with B.pharm certificates.

this university is one of the youngest universities in Nigeria. it was founded on May 10, 1999, in Okija, Anambra State, Nigeria.

It was then moved to Elele, Rivers State in the year 2004. The first batch of pharmacy students came in 2003. In 2005 the name department of pharmacy was changed to faculty of pharmacy having six departments.

Pharm D programme plans were ongoing but after its accreditation process was rejected by the NUC it reversed back to B.pharm standard.

This university is also known as Unizik. The faculty of pharmacy has been in existence for over 20 years and is one of the prestigious universities to start a foundational pharmacy career.

Time and again pharmacy graduates from this institute have proven to have made proper use of knowledge acquired in this university.

The Dora Akunyili College of Pharmacy was founded as a School of Pharmacy within the College of Health Sciences in 2004. It was later transformed into a full-fledged college in 2007.

The first of 24 students were inducted alongside the other 39 by the Pharmacist Council of Nigeria. There has been tremendous growth in graduates of Pharmacy.

The university is Federal Government owned and was founded in 1975. The Faculty of Pharmaceutical Sciences is one of the youngest schools of pharmacy in Nigeria.

They had their first induction ceremony in 2012 and has inducted over 6 sets of pharmacists into the pharmacy profession.

Still, on the List of Universities Offering Pharmacy in Nigeria, The faculty of Pharmaceutical Sciences in Usmanu Danfodio university started in 2007/2008.

The Faculty admitted 24 students to study the pharmacy undergraduate programme and has inducted 168 Pharmacists into the pharmacy profession.

The history of  Pharmacy school at Delta State University is rich and unique. The faculty came about as a need to replicate the faculty of Pharmacy at the University of Ibadan.

The vice-chancellor then Prof. John Okpako Enaohwo talked to the Pioneer dean of Delsu then Prof. David T. Okpako. The faculty was later given a better structure in the future.

These happened in the year 2004/2005. The pharmacy was introduced as a pre-degree programme and it has its first set of students admitted the next year.

The number of students admitted that year were 45 but the number reduced to 30 when they got to year three because the students weren’t sure of the certainty of the faculty.

The first set of 18 Pharmacists was inducted on the 18th of July, 2014 and since then has inducted six sets of pharmacists into the pharmacy profession.

This is a Federal Government university founded in 1975 and was moved to its permanent site in 1982. The faculty of pharmacy started in 2010 and inducted their first set of Pioneer students on 4th May 2017. The students were 17 in number.

The first set of Pharmacy students was admitted not the school in the year 2010/2011 through the Joint Admission Matriculation Board (J.A.M.B) and Unified Tertiary Matriculation Examination(U.T.M.E). The university soon gained accreditation from N.U.C and then the P.C.N.

This university was founded in 2004. The faculty of pharmacy was established in 2012. The first sets of graduates were inducted in January 2020 in combination with three sets. The faculty has six departments. They are;

In addition to the above list, there is some other List of Universities Offering Pharmacy in Nigeria (yet to get accredited).  They include.